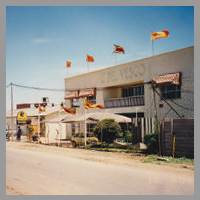 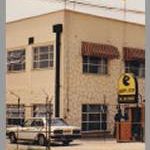 39 years ago, Malcolm Uys, founder of Cullomatic (Pvt) Limited found himself almost by accident in the food & beverage business. He helped finance a new venture in providing locally manufactured hot drink dispensers into the Zimbabwean market. After five years and over 300 machines placed within commerce, industry and professional firms within Harare, he decided to expand the business into cold beverages and foodstuffs, so that companies could have “one stop shopping” for all their food and beverage requirements.

In June 1984, with a staff compliment of four personnel, the Company started its first foodbox service of 134 meals per day and by October, the first full canteen management contract. By April 1987, Happy Eater, a division of Cullomatic were preparing over 3000 top-class, modestly priced meals for workers every day. In the two and a half years of supplying meals, the company then expanded their operation and relocated to bigger premises.

In November 1997, after 20 years of being in business, Cullomatic were operating out of numerous prestigious company canteens, which offered both traditional and western meals. Most of these canteens also ran hot beverage dispensers and a snackshop selling cigarettes, drinks, packaged snacks and sweets. During the same period of time, the Executive Chef division was created. Highly-trained chefs worked out of a new hi-tech kitchen producing menus for every kind of VIP event and occasion.

Having moved to the new premises, Cullomatic then employed more than 400 personnel operating in the three major divisions being the mother company Cullomatic, supplying bulk consumables and ingredients, Happy Eater Canteen and Food Box service and the Executive Chef. Shortly after this, the company opened a branch in Bulawayo to cater for its large industrial market, a new and exciting venture which was to benefit industrialists by offering them for the first time, professional and cost-effective catering systems.

After 24 years of being in the catering industry, the company re-branded itself to be known as Tsebo creating five trading divisions: Tsebo Catering Services, Happy Eater Catering, Tsebo Manufacturing, The Executive Chef and Tsebo Distribution. Tsebo Manufacturing was established in 2000, with a full range of production equipment in new factory premises to produce and distribute superior quality roller meal under the Taguta brand, as well as a range of Premix Teas and Tsebo’s own in-house range of cleaning materials under the Budget Buys brand, which were later launched in 2001.

In November 2007, Tsebo celebrated its 30th anniversary and to date the company employs around 1068 staff. We manage a fleet of 108 vehicles and currently prepare in the region of 50 000 meals a day.

In these extremely challenging times, we would like to share our heartfelt support and solidarity with you and your families. At Tsebo, the health and safety of our colleagues, customers, partners and the communities in which we operate is our number one priority. We have a nearly 50-year legacy of providing responsible workplace management solutions and we are committed to doing all we can to keep everyone safe.

As governments around the world are implementing measures to contain this public health crisis, we have been taking strict precautions to protect our colleagues and their families, while securing customer service. Various businesses in the Tsebo family, are considered essential during times of crisis as we form part of local food supply chains, the security industry, as well as a critical player in public health and hygiene. Furthermore, we have extensive contingency plans in place securing our supply chain and ongoing businesses.

Tsebo Solutions Group established a joint Crisis Management team that meets daily to monitor the COVID-19 situation. This committee is in daily contact with the relevant government agencies and public health authorities to ensure we are informed to take the necessary decisions and actions. We have been proactively implementing a range of precautionary measures, from stringent sanitation and cleaning protocols, to workplace distancing, work-from-home policies and international travel bans. For more information on Tsebo’s response to the virus, business contingency plans, preventative educational campaigns to minimise the spread of the virus and more, please visit Tsebo’s:

Please note that Tsebo has established an email address Assist@tsebo.com which is available to our customers as one central channels of communication for any request or enquiry. The emails are received by Senior Management who ensure that requests for assistance are actioned as soon as practically possible.

In closing, we are here to support you. Please don’t hesitate to contact us should you require any help or assistance.

TSEBO SOLUTIONS GROUP MANAGEMENT TEAM
covidpop
“The Zimbabwean-based premier food and management services company has over three decades of experience in its industries, and is now set to branch out to more African markets.”